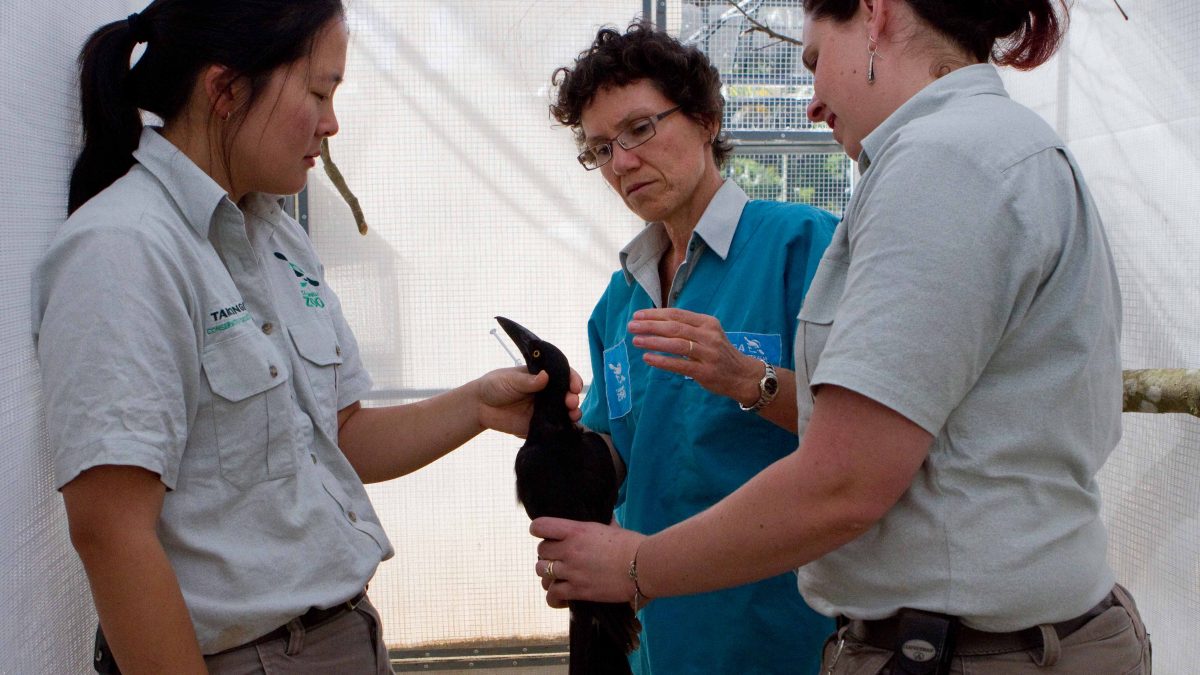 On Wednesday the 7th of March 2018 the Lord Howe Island Board’s Environmental unit undertook the final monitoring survey for African Big Headed Ants (ABhA) at previously infested sites on the island. There have now been no ABhA detected anywhere on the island since 2015.

The Lord Howe Island Board would like to thank Dr Ben Hoffman for his supervision and professional advice throughout the eradication and the community, and in particular thank leaseholders for their ongoing support, assistance and permission to access to their private leases during this important eradication program.

It would not have been possible without great public support and we thank the residents and the hardworking staff for their efforts.

We hope to be able to continue this success, further building on our legacy of invasive species eradication, with the eradication of rodents.

Thanks to everyone who came along to Taronga Zoo’s talk by Michael Shiels, Husbandry Supervisor. We learnt how a team of dietitians, vets and keepers at Taronga will provide world class care during the project based on a successful trial in 2013. Watch a video of the program here:

Why Good Nature Traps will not work for LHI

You may have heard about the ‘Good Nature Multi-kill traps’ controlling rats on Native island, New Zealand https://www.goodnature.co.nz/videos/ so why can’t we consider using them here? The traps not suitable for wide scale eradication on LHI because:

We have looked at all the potential alternatives for eradication of rats and mice on Lord Howe. The only feasible option is what is currently proposed for the REP. If we do not progress with the REP as planned we will be living with rats and mice for the foreseeable future.

The Thursday ‘Biosecurity Dogs’ talks have so far been a great success. Come along to the Aquatic Club at 9:30am Thursday mornings at the Aquatic Club to meet Sebi and Zuma and their handler Darcie. The team carry out a demonstration of how they keep the island safe from biosecurity threats by detecting potential pest invaders such as snakes or rats which may arrive on the islands from the planes and boats.

Jaclyn is delighted that her colleagues at Royal Society for the Protection of Birds and Wildlife Management International Ltd have announced the success of the Shiant Isles Recovery Project. The black rats have been successfully removed from these islands in Scotland, UK and storm petrels returned last year to breed. Find out more here.

Dr Jenny Gray is the CEO of Zoos Victoria and is Darcelle’s Inspirational Women in Conservation pick for International Women’s Day last week.

Hearing Jenny speak about why she is passionate about saving endangered species was by far the highlight of the Ecotourism conference in November as she told the story of the Christmas Island Pipistrelle bat. Jenny played a recording of the call of the last surviving bat, the only call picked up from 500 monitors placed around Christmas Island in 2009. After a few days, the call ceased.

The realisation that we had listened to an extinction event: the first extinction of an Australian mammal in 60 years was intense.

“My other passion is going to the wild places where amazing animals live. Diving, hiking and just spending time in nature reminds us of why we should be fighting to protect wild places and why we must do what it takes to change behaviors so that we can continue to share the planet with amazing animals.” Dr. Jenny Gray, Zoos Victoria CEO

Her passion and action make her our pick as an amazing women in conservation.

Watch Jenny’s TedTalk (6:50 min for the story on the bat)